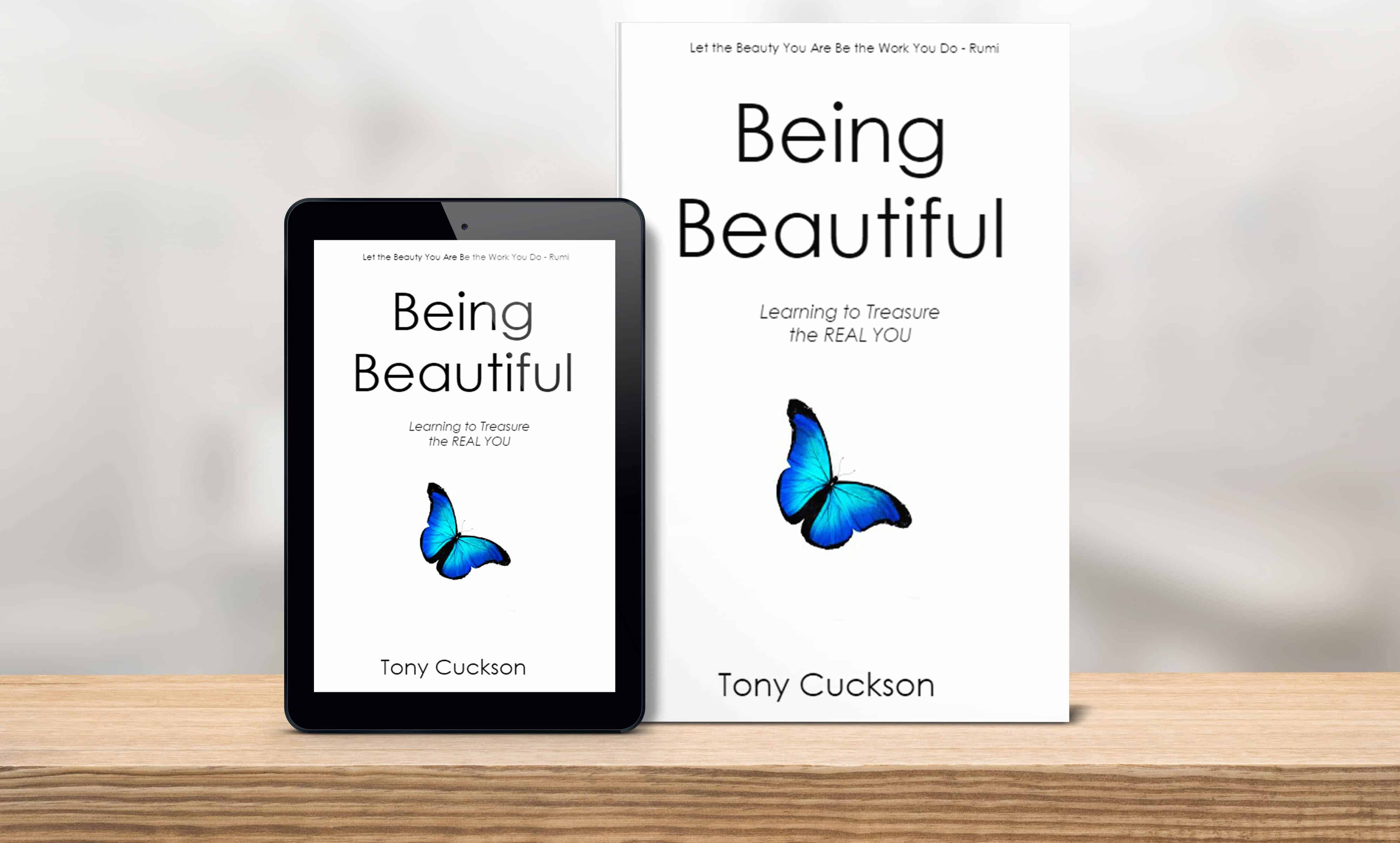 The Tuatha de Danann story is a story about a magical people. In reality this is the story of the magic that you are created to express in this world. These magical people have different names. They are called:-

In Being Beautiful – Learning to Treasure the REAL You writer, storyteller and folk singer Tony Cuckson updates this mythological tale for modern minds. He expands on this folk tale to invite you into the magical mystery tour that is your wild and precious life.

So on with the story of the Tuatha de Danaan and The Four Treasures of Ireland.

Once upon a time before time ever was there was a people.

My people. The people I love.

They are the children of the Goddess Danu. The one they call The Giftgiver.

The One who gives her name to magnificence that is the river Danube in the land of People of the Black Eagle.

She gives her name to the river Don in the land of the People of the Bear.

She is the one who gives gifts to her children without conditions.

The Beautiful People, the people I love, lived at a place beyond place in a time beyond time.

They lived in four island cities.

And so it was that as in all good stories the Shining Ones might have lived happily ever after.

Except that they did not.

It happened one day. It always happens on one day.

No one is quite sure why it ever happened. Only that it did happen.

My people, the people I love began to become possessed.

Slowly, they began to claim all the gifts they were given without conditions as their own.

Soon all the gifts received from the Giftgiver where “my gifts.”

Then a strange thing happened that had never happened before.

A feeling arose in the land of the beautiful people that had never been felt before.

They give this strangest of feelings a name. They called it ‘fear.’

But not all the children of the Goddess Danu became possessed.

Yet they knew that if they stayed in the four island cities that possession would take hold of them.

So in boats of silver and gold those who still felt themselves to be Children of the Goddess Danu set sail.

They left with the four treasures of the Tuatha De Danaan and sailed into the unknown.

They took with them the magical treasures that are the Stone of Destiny, the Sword of Nuada, the Spear of Lugh and the Cauldron of Plenty.

For a long time they sailed the vast open sea until one day they arrived on a different shore.

They arrived on an island that would later be named by the first poet of this island. This was the poet Amergin. He would give this island land the name of Erin.

Those beautiful people intent on remaining connected to The Giftgiver pulled their boats of silver and gold unto this new shore.  This was the shore called Time.

They burned their boats of silver and gold. For three days and three nights the land was darker than dark.

The people of this island land of time called the Fir Bolg – the People of the Baggage were sore afraid.

After three days and three nights the light returned and the Fir Bolg looked upon the new arrivals who were the Shining Ones.

And so it was that in this new land, the land of Erin on the shore of time that the Beautiful People who left the four islands might have lived happily ever after.

Except that they did not.

In the land of time, on the island of Erin obsession moved more deeply into possession and into opposition.

In this new place, in this very different place the Beautiful People learned a new language and a new way of being in the world.

They give this new experience a name. The name was ‘war.’ Except that obsession, possession and separation was no longer new in the land of time.

The treasures of the Beautiful People would no longer be instruments of abundance and gift giving.

They would be instruments of division and destruction used at the Battles of Moytura between the other peoples in the land of Erin. The Fir Bolg and the Fomorians.

In time the Beautiful People lost the final Battle of Moytura and were driven to live underground in the green isle of Erin.

There, it is told they remain. They remain with their four treasures. The Stone of Destiny, the Sword of Nuada, the Spear of Lugh and the Cauldron of Plenty.

It is told that this is an old Irish story. A story of a time long ago.

It is, however, a story beyond time. It is always your story. The treasures of the Tuatha de Danaan are inside you.

The Secret of Secrets is inside you.

The Battle of Moytura is going on inside your head.

Your story is the unique gifting of the treasure you already are.

Your story is the knowing of the REAL YOU by reclaiming your sovereign state and pouring yourself away from the eternal emptiness that is forever full.

In this way, as in all good fairy tales you will then know what it is to live happily ever after.

Let it be so for you.

Let it be so for all.

Listening to the Story. 55

If you’ve picked up this book because, as the title suggests you are looking for the Beautiful REAL YOU be prepared to find it! An experience more than a read and like a favored walk through a beautiful forest, you will return to ‘Being Beautiful’ many times to replenish that native hunger in all of us for a sustained sense of well-being. A gentle genius, Tony expertly guides and supports our fragile self-esteem through a journey of revelation until we reach our destination – that innate knowing of who we truly are. Upon arrival we can only celebrate the joy of Connection to Source. To this I say only one thing…bring it on!

Master storyteller, Tony Cuckson, takes us on the journey of a lifetime in Being Beautiful. He skillfully weaves together ancient lore and modern wisdom to help us awaken to our true selves. Anamcara (Soul Friend) Cuckson guides us ever-so-kindly and patiently toward the light of our being. From beginning to end, readers will feel the author’s love and encouragement in true anamcara fashion to go deeper, to let go, to finally see ourselves as we naturally are—by birth and destiny—soul beautiful.

This is not just another trendy self-help New Age book to be read and shelved to collect dust. This is a living breathing ‘how-to’ guide for the contemporary human to lead a fulfilling life guided by spirit, leading with the passion and purpose of the heart. Being Beautiful is the missing link that serves as a bridge between the ancient wisdom of the true Higher Self and the digitally distracted modern human in an often dark and chaotic contemporary world. Being Beautiful teaches us to live equally balanced in both the physical and non-physical worlds in a way that is easy to understand and implement into our daily lives. Being Beautiful is a ‘call to adventure’ to reclaim your God-gifted sovereignty and your birth righted freedom to become who you are! Know that as you bless yourself by applying Being Beautiful teachings into your daily life, you too are blessing countless others.

Tony Cuckson tells stories with a singular purpose: an invitation to fall in love with who you are, beyond the mask of personality. Tony’s book is an invitation to awaken the Sleeping Beauty that lies within you. The happy ever after is, fundamentally, the awakening of beauty. In the repeated mantra, ‘you are beautiful’, echoed in a hundred stories and poetic metaphors, Tony Cuckson offers a healing to all of us who have been deemed ugly, misshapen or injured by experience. Our bodies and our minds are healed: we become beautiful.

Tony Cuckson has tapped into the deep wisdom that lies hidden in Irish mythology. Through poetry, metaphor, magic and wonder he invites you to realize the wonder tale you are.

Tony’s book Being Beautiful is a wonderful tonic for tired souls along the journey. He reminds you of your own beautiful nature and how you can access and live from it. He reminds us we can peel back our layers of armor and treasure who we truly are right now and to live in the now.

Nick Williams, best-selling author of fourteen books including The Work We Were Born To Do 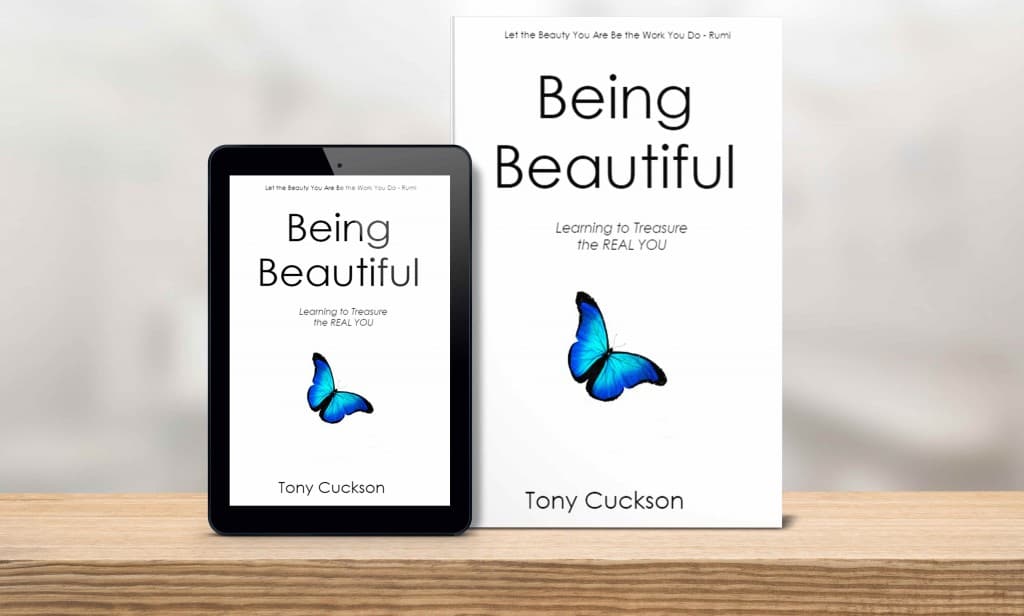 Let the beauty of what you love be what you do.- Rumi

Tony Cuckson tells stories with a singular purpose: an invitation to fall in love with who you are, beyond the mask of personality.

It is the hope and heart felt wish of this author that you honour the treasure within and become all you are created to KNOW and be. This is to live the life as one of the Shining Ones. This is the greatest gift you can gift the world.

Tony Cuckson · When You Are Old